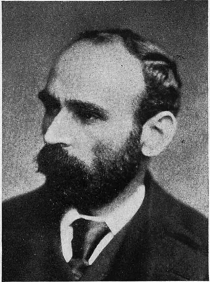 Rebel with a Cause

Davitt's study of Irish history convinced him that Irish people were treated unfairly under British rule. In 1865, at nineteen years of age, he joined the Fenian Movement and became active in the Irish Republican Brotherhood. He rose through the ranks quickly, and was soon given the job of smuggling arms into Ireland.

But Davitt was arrested in London in 1870 while awaiting a delivery of weapons. He was sentenced to fifteen years of penal servitude. The Fenian prisoners were subjected to terrible conditions while in jail. There was a system of strict silence, only one hour's exercise a day was allowed and the cells were totally bare.

When the public found out how badly he was being treated in prison, Davitt was released after only seven years. Davitt's mother and sisters had emigrated to the US and settled in Philadelphia in the early 1870s. After his time in prison, Davitt visited the US, and met and married an American called Mary Yore. They returned to Ireland to settle, and lived in a cottage in Ballybrack in Dublin, given to them as a wedding present by the Land League.