The First World War ended in November 1918 and a general election was called in London. Huge numbers of Irish people voted for a party called Sinn Féin and elected their members as Members of Parliament (MPs). People knew that any Sinn Féin candidate who won a seat in the election would not go to the parliament in London. They knew that they would try to set up a parliament in Ireland instead. On the 21st of January 1919 the newly elected Sinn Féin MPs called a meeting at the Mansion House in Dublin and set up a new parliament called Dáil Éireann. This was the first meeting of the Irish Dáil and the new parliament declared that Ireland was now independent. They later chose Éamon de Valera as the first president of the Dáil. 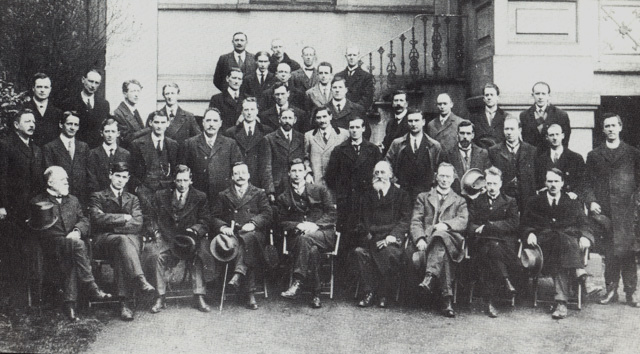 After the Sinn Féin MPs set up the new parliament in 1919, Ireland then had two governments; one was the new Dáil Éireann in Dublin and the other was the British parliament in London. Both had courts and both collected taxes, which resulted in a lot of disorder. Violence soon broke out in Ireland and the army of Sinn Féin, the Irish Republican Army (IRA), began to attack people who supported British law.