O'Growney's health became poor and in 1894 he emigrated to America to enjoy the warmer climate of Arizona. He later moved to Los Angeles.

Fr. Eugene O'Growney and his nurse

He continued to write articles promoting the Irish language. The articles were published in Ireland and America. His writings found an audience among the many Irish people who had emigrated to America.

O'Growney's health never improved, despite the warm climate. He died in Los Angeles in 1899. Money was raised by some Irish-Americans to return his body to Ireland and he was buried in Maynooth in 1901. 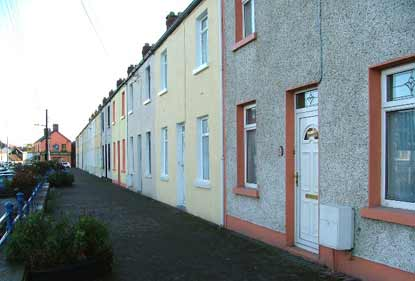 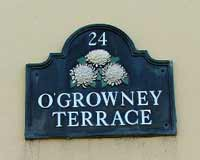 Fr. Eugene O'Growney is especially remembered in Meath. In Navan, a row of houses built in the early 1900s carries O'Growney's name. He is also strongly associated with Páirc Tailteann, the Gaelic playing fields in Navan where many of the Gaelic League meetings were held.