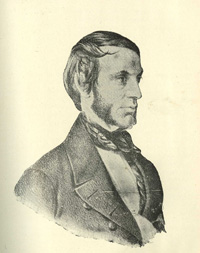 John Blake Dillon was born in Dillon House on the Market Square in Ballaghaderreen, Co. Roscommon, on 5 May 1814. He was educated at St. Patrick's College Maynooth and Trinity College Dublin. He trained as a barrister and was called to the Irish Bar in 1841.

Dillon became well known as one of the founders of the Nationjournal. During this period, the newspapers available to the Irish public had a British bias. The Nation set out to teach people about their own country and its history.

The Nation was first published on 15 October 1842. The print run of 12,000 copies was sold out on the first day. Dillon contributed an estimated fifty-one articles to the journal between the date of its first issue and May 1843. 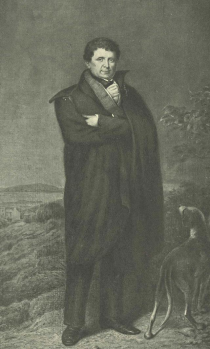 After witnessing the devastation the Great Famine had on the country and in particular the poor, the group tried to gather an army to mount an insurrection. The attempted insurrection took place in 1848 but was a failure. Despite this, the cultural nationalism of the Young Ireland movement had a strong influence on later movements that aimed for Irish independence, most notably the Fenians.

John Blake Dillon had to flee the country after the failed uprising. He was convicted of High Treason and sentenced to death. He managed to escape to the United States, dressed as a priest. There he practiced law until he returned to Ireland under an amnesty in 1855. He was elected as an MP for Tipperary in 1865. A promising career as a politician came to an end when he died of cholera in 1866. He is buried in Glasnevin Cemetery, Dublin.