Richard J. Ussher and "The Birds of Ireland" 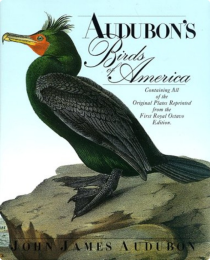 The early nineteenth century witnessed landmark publications and work in the field of natural history, with the publication of notable works such as Darwin's Origin of the species (1859). Naturalists working in many disciplines, including ornithology, developed detailed classifications of the natural world. Scientific methodology and observational data yielded material that succeeding generations of naturalists used as the basis of their chosen fields.

In Ireland, the work of the great field naturalists substantially date from the late 1800's and include the illustrious names of Ussher, author of the The Birds of Ireland (London: Gurney and Jackson, 1900)(open pdf of book), together with Warren, Barrington, Ruttledge, Praeger, and Hutchinson. These dominated the locally published output of natural history literature. All were motivated by innate curiosity and the desire to systematize knowledge and, interestingly, none were professional biologists or university educated naturalists. Their legacies in fields of archaeology and natural history have underpinned contemporary conservation strategies in Ireland and elsewhere.

It was during this period that influential and detailed works on ornithology were published. Audubon's seven volume Birds of America (1840) was a colourfully lavish example of the type of national classification being produced at the time. In Britain and elsewhere, less extravagant though nonetheless imprtant manuals were also being published. In Irish ornithology, R.M. Barrington began collating all the sightings and casualties from the vantage of the country's lighthouses from 1881. These offered the first outline of the nature, scale and patterns of bird migration in Ireland. The first published work on ornithology was a comprehensive listing of birds by A.G. Moore entitled List of Irish Birdsá (2nd Ed, 1890).