The Mills of Rathfarnham

In the eighteenth century many paper mills were erected on the Owen Doher and Dodder rivers. In the beginning of the 19th century most of them switched to cotton and wool and later to flour mills.

A millpond and extensive mill buildings formerly occupied the low-lying fields on the west side of the main Rathfarnham Road, just beside the bridge. On a map by Frizell dated 1779 it is called the Widow Clifford's mill and mill holding and in 1843 it is named the Ely Cloth Factory. A Mr. Murray then owned it but in 1850, it passed into the hands of Mr. Nickson who converted it into a flour mill. His family continued in occupation until 1875 when John Lennox took over. In 1880 this mill closed down.

In the grounds of Rathfarnham Castle were several fish ponds which were supplied by a mill race taken from the stream which rises up at Kilmashogue and flows down through Grange Golf Links and St. Enda's Park. This served several mills before entering the fish ponds, whence it ran through the golf links while a smaller branch was conducted under the road to the flour mills which stood at the corner of Butterfield Lane. Described in 1836 as Sweetman's Flour Mills, it frequently changed hands before closing down in 1887. It was later operated as a saw mill. The dry mill race can still be seen here on the north side of Butterfield Avenue.

Church Lane leads to Woodview cottages, which are built partly on the site of an old paper mill. The mill race previously mentioned passed under Butterfield Lane to the paper mill and continued on below Ashfield to turn the wheel of the Ely Cloth Factory.

The paper mill, of which some old walls and brick arches still survive, has been described as the oldest in Ireland but there does not appear to be any evidence to support this. The earliest reference to a paper mill here is 1719 when William Lake of Rathfarnham presented a petition for financial aid but we hear of one at Milltown as far back as 1694. In 1751 William and Thomas Slater whose works were destroyed by fire in 1775 made paper here. Archer's survey of 1801 mentions two paper mills here, Freemans and Teelings, and both Dalton in 1836 and Lewis in 1837 state that one paper mill was still working and from 1836 to 1839 the name Henry Hayes, Rathfarnham Mill appears in the directories. If this can be identified with the mill at Woodview cottages it must have become idle soon afterwards as it is designated 'Old Mill' on the 1843 edition of the O.S. map. In 1854 when this mill had neither water wheel nor machinery an attempt was made to re-open it for the manufacture of paper but it came to nothing. 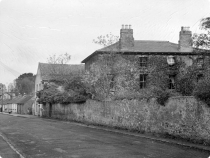 At Willbrook the Whitechurch road branches to the east and follows the course of a little river which flows down from Kilmashogue Mountain. On the other side of the road is a partly choked up mill race which was taken from the river higher up to serve the Silveracre Mill. This was named Brooklawn Mill on Taylor's map of 1816 and on Duncan's of 1821.

In 1836 Mark Flower had a pin and wire factory here which was then named Silveracres Mill. This closed down in 1853. The place was then converted into a flour mill by Robert Gibney who also owned the nearby Willbrook Mills. From 1864 to 1893 it was operated by Patrick Gibney, after which it was taken over by Mr. J.E. Madden. Subsequent to 1899 it changed hands frequently and the last tenant was Mr. Murray from 1922 to 1933. The mill has since been demolished but the Mill House and some out offices still remain.

St. Gatien's, on the other side of the road occupies the site of Willbrook Flour Mills already mentioned. This was Egan's Flour Mills noted by D'Alton in 1836. From 1847 to 1872 it was held by the Gibneys and from 1873 to 1882 by John Garvan. After lying idle for a few years it was incorporated with a dwelling house in 1885 by Mr. J.E. Madden and named St. Gatien's.

Newbrook Mill was on Taylor's Lane where extensive paper manufacturing was carried on for many years. The two nearby residences Newbrook House and Kingston were usually occupied by those engaged in the industry. Mr. John Mansergh who started the business died in 1763. From 1901 to 1935 the industry was operated by Sir John Irwin who lived during this time at Newbrook House. The mill was extensively damaged by fire in 1942 and has since been demolished.

Opposite Orchardston Estate stood Millbrook Mills otherwise known as the Little Mill, its water wheel was 16foot in diameter. At the northern end of Ballyboden village was a woollen cloth mill which belonged to John Reid from at least as far back as 1836 when D'Alton in his history of Co. Dublin states that this mill gave employment to about 40. It was owned in 1874 by John and James Reid. The valuation was reduced because of disuse and in 1874-96 recorded as a woollen cloth mill (idle). The ruins of this mill were demolished in 1950 when the entire village of millworkers' cottages was cleared away and a brand new village of council houses was built on the site.

Within a stone's throw of Reid's Mill and behind Bolton Hall was a paper mill belonging to Nicholas Ryan which is shown on the map of 1837. In 1854 the name is changed to Simon Brown and in 1863 to Joseph P. Brown. Each of these mills had a mill pond and they were all fed by the same mill stream, which was taken from the Owendoher river at Edmonstown where it operated a paper mill and a cotton mill and also Newbrook Papermill on Taylor's Lane before reaching Ballyboden. It continued below the Millbrook Mills to turn the wheel of the flour mill at St. Gatien's before discharging into the stream coming from St. Endas. 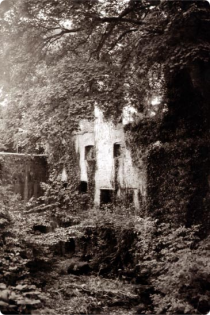 According to Patrick Healy, a hundred years ago there was a continuous line of mill ponds as far as Rockbrook. First on the left was Sherlock's Cotton Mill which was converted into a laundry in 1873 and closed down before 1920. Next, beside the row of mill workers' cottages, was a paper mill operated by Messrs. Dollards from 1848 to 1896. It was later run by the Edmonstown Paper Co., down to about 1912. Reckitt's well known factory is on the site of another woollen mill which was also operated by John Reid of Ballyboden until 1892 and by Frederick Clayton & Sons until 1900.

On the other side of the river the school is built on the site of Newtown Great Paper Mill, founded early in the last century by Mr. Pickering of the London House of Magnay Pickering. He was working it in 1836 but some years later it was operated by Mr. Brown, up until about 1866 when he closed down and went to America. Next are the ruins of Newtown Little Paper Mill, the building for which Robert Randel got a grant of Ł300 in 1757. This was converted into a cloth mill before 1836 and seems to have ceased production soon after.

A short distance further up are the remains of Millmount Mill which was mentioned in the will of Benjamin Nunn in 1773. It is mentioned under the same name in Archer's Survey of 1801 but passed later to Messrs. Dollards who operated it in conjunction with their paper mill lower down the river. Here the rags were processed and made into the raw material from which the paper was manufactured. This mill closed down in 1899. The last mill race was the paper mill of Mr. Fry which ceased production over one hundred and twenty years ago. Extensive remains still survive, however, beside the avenue to Rockbrook House. 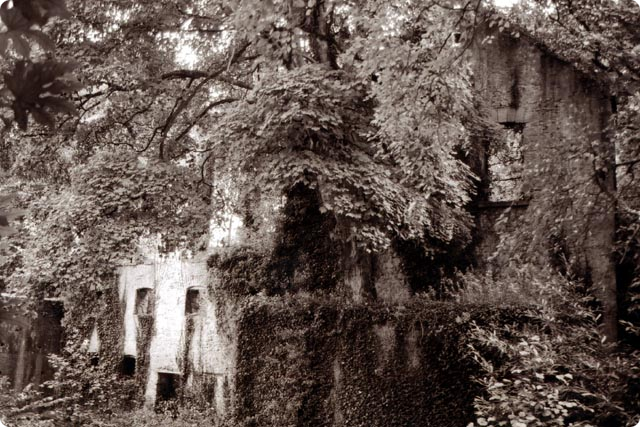 Previous - The Mills of Tallaght
Back to

John McDonough operated the mill from mid-1800s. His sons Richard, Thomas & James were involved in the business until it went bankrupt in 1900. Richard was a Justice of the Peace and Chairman of the Rathfarnham Township Committee. Richard & Thomas lived in Newbrook House while James lived in Kingston House.