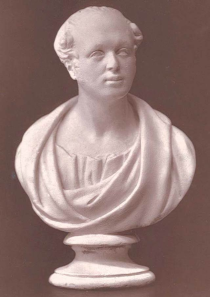 Sir William Rowan Hamilton was born in Dublin and educated at Trinity College. He is remembered as one of Ireland's greatest mathematicians and scientists.

Sir William Rowan Hamilton was born in Dublin and educated at Trinity College. He is remembered as one of Ireland's greatest mathematicians and scientists.

From an original photograph in possession of Dr Charles Mollan.
Enlarge image

Sir William Rowan Hamilton was born in Dublin in 1805. He was educated by his uncle, the Rev. James Hamilton, who was a scholar of languages. While he was still very young, William began to show signs of genius. By the age of five he was learning Latin and Greek and by seven he was speaking Hebrew. By the time he was thirteen, he could speak fifteen languages, including Arabic and Hindustani. William's progress in his studies as a child was recorded in detail in letters written by his Aunt Sydney to his mother in Dublin. William's aunt lived with James Hamilton and helped to educate William.

In his 1895 book Great Astronomers, Sir Robert Stawell Ball outlines Hamilton's ability at reading and languages as a child:

'When he was four years and three months old, we hear that he went out to dine at the vicar's, and amused the company by reading for them equally well whether the book was turned upside down or held in any other fashion. His aunt assures the mother that "Willie is a most sensible little creature, but at the same time has a great deal of roguery."'

The author describes an outing later in William's childhood as follows:

'At eight years and one month the boy was one of a party who visited the Scalp in the Dublin mountains, and he was so delighted with the scenery that he forthwith delivered an oration in Latin.'

As a teenager, William developed a great interest in mathematics. He entered Trinity College in 1823. During his time as a student he came first in every exam that he sat. His talent for mathematics was obvious to his teachers. He began to develop new ideas and mathematical theories.

In 1827 he was appointed to the post of Andrews' Professor of Astronomy at Dunsink Observatory. The observatory was to become his home from this time. Unfortunately, most of the equipment at the observatory was out of date so Hamilton did not carry out any astronomical work of great importance. Instead, he concentrated on mathematics and continued to develop new ideas.