Ulster-Scots - the Language of the Laggan 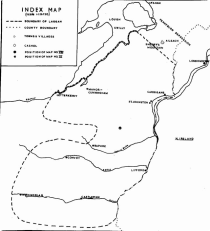 Map of the Laggan

Map of the Laggan

"It should be remembered that there are two Donegals – an outer and an inner. The former which is almost wholly Roman Catholic, and from which the county to a large extent takes its character and complexion in the eye of the public, consists of extensive mountainous districts that lie along the western seaboard, and at some points run far inland. The latter consists of the more flat and fertile country that lies between the mountains and the river Foyle – the eastern boundary of the county. It is largely Protestant and from a very early periods in history has been known as the laggan, i.e. the low and level country." Thus wrote Rev. G A Lecky in his important study of Presbyterianism in East Donegal: "the Days of the Laggan Presbytery" in 1908. Prior to the plantation of this area by Scottish lowlanders it was the ancient territory of Magh-Itha, the dukedom of the kings of Aileach, a former seat of the O'Neill chiefs of Ulster. Such is the fertility of its soil, that it was the scene of an almost incessant struggle for possession between the O'Neill and O'Donnell dynasties up until the C16. However, with the "Flight of the Earls" - the principal landowners in West Ulster - in 1607, came the opportunity for the plantation of this area. Over 220, 700 acres were taken over for occupation and farming by the settlers, who went on to greatly improve farming practices in the Laggan. Not only did the plantation by these Scottish settlers have a long-lasting influence on the economy of the Raphoe/Laggan area, but their arrival was also to have a lasting effect on the language spoken there.

Ullans/ Ulster Scots is the native tongue of a significant number of the Donegal population. In addition it has heavily influenced the speech of many others. Most native speakers refer to their way of talking as "Scots", or "Braid Scots". It is a dialect of the Scots language which moved to Ulster in the time of the C17th plantation, where it continued to evolve in response to the new situation, interacting with Gaelic and the forms of English other planters brought. The language has undergone a revival in recent years, and is now an accepted minority European language. A cross-border language body for Gaelic and Ulster-Scots has been established and, increasingly, councils are using Ulster-Scots on notepaper, street signs, etc. The recent revival has seen the emergence of a literary form, known as Ullans, which contains many revived and borrowed linguistic forms.

Some Ullans/Ulster-Scots words still heard in the Laggan

thon - that, over there, yonder

Previous - Ancient Monastic Sites
Next - The Laggan and the Ulster Volunteers