The Plantation of the Laggan, Co Donegal 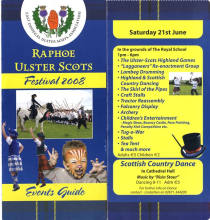 The district of East Donegal known as the Laggan covers most of the Finn Valley, eastwards to the River Foyle, and west of Lough Swilly; it is the modern equivalent of the two C17 plantation precincts known as Portlough and Lifford. It is not in any particular administradivision, but uniquely to County Donegal, is a distinct physical and economic unit. Laggan in the Irish language, means a low-lying area, and in this part of Donegal is the most fertile land, very suited to agriculture. After confiscation by the Crown in 1607, the lands were allocated to specially chosen undertakers. The precints mentioned above were divided into 12 parcels of 1,000 acres each, on condition that the undertakers settled on their lands a given amount of Scots and English. Nine Scottish families were planted in Portlough, and eight of them were named Stewart and Cunningham.

Most of the present day villages of the Laggan had their origin in the early years of the plantation; for example, Manorcunningham and Newtowncunningham, named after two of the first undertakers in the area, and Convoy, Castlefin, Killygordon, Stranorlar and Carrigans. At these villages fair and market days were established as the new improved farming economy brought about a surplus of products. The first thirty years of the plantation were years of peace and prosperity. This peaceful phase, along with the industry of the colonists, changed the appearance of the Laggan - areas of woodland were cleared, marshes drained, and roads built. The settlers also brought with them their own unique language, Ullans, which with some modification, can be heard in the area to the present day. Surnames from the area also have a Scottish ring: we still have Buchanans, Galbraiths, McClintocks and Hamiltons living in the Laggan.

Thanks are due to Boyd Gray and Belinda Mahaffy of the East Donegal Ulster-Scots for permission to use quotes and images for this section from their booklet "Discover Donegal." www.eastdonegalulsterscots.com. 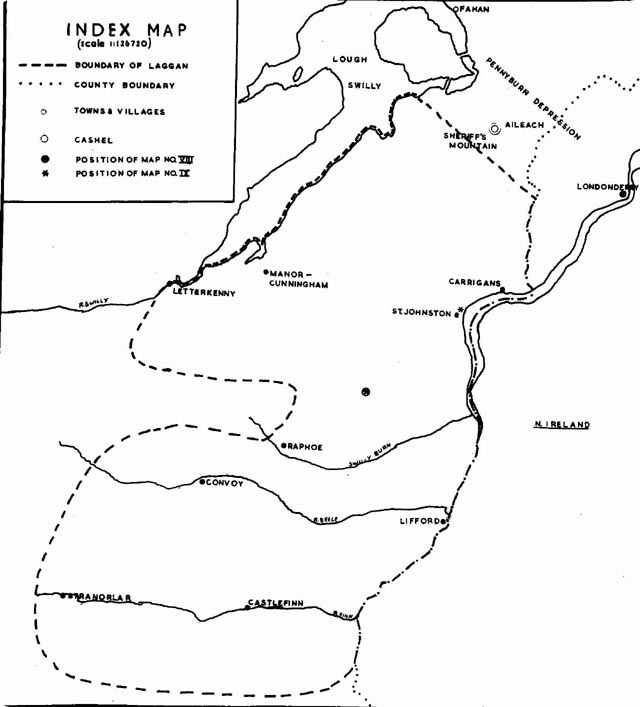 Previous - The new colonial city of London/Derry
Next - Raphoe, a typical Plantation town