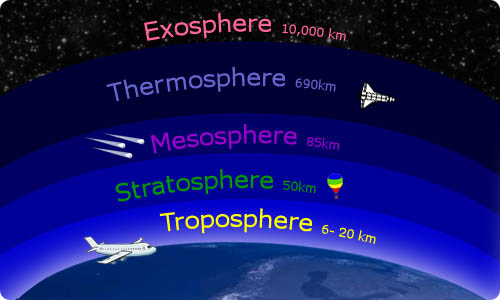 There are many GHGs released into the atmosphere that are contributing to global climate change.Greenhouse gases are recorded in parts per million (ppm) and parts per billion (ppb).

Some of the most important GHGs are carbon dioxide (CO2) (410.5 ppm), methane (CH4) (1877 ppb) and nitrous oxide (N2O) (332 ppb) (World Meteorological Organization, 2020). Several other gases that are present in the atmosphere in even smaller amounts, such as surface-based ozone, hydrofluorocarbons (HFCs), perfluorcarbons (PFCs) and sulphur hexafluoride (SF6), also contribute to global warming, though these occur in much smaller concentrations.

The principal greenhouse gases occur naturally and keep our planet warm enough for life to flourish. However, it is the increasing amount of gases, especially carbon dioxide, methane and nitrous oxide, that we have been releasing in more recent years that is a cause for concern.

The different gases have different atmospheric characteristics, including global warming potentials (GWP). The GWP of a gas is a measure of the cumulative warming over a specified time period, usually 100 years, by a unit mass of this gas. This is expressed relative to carbon dioxide, which has a GWP of 1. The mass emission of any gas multiplied by its GWP gives the equivalent emission of the gas as carbon dioxide. This is known as CO2 equivalent. This makes it easier to sum up the emissions and contribution of GHGs to climate change and determine options to address climate change.

Therefore, while CO2, CH4 and N2O are important because they are normally emitted in large amounts, the fluorinated gases, HFC, PFC and SF6, are also important mainly because of their comparatively much larger GWP values.

The atmospheric lifetime of GHGs is another key factor in determining what actions are required to combat climate change. In a thirty year period, approximately 50% of a rise in carbon dioxide will be removed from the atmosphere. An additional 30% would be removed within a few hundred years while a further 20% is likely to remain in the atmosphere for thousands of years. Other GHGs have much longer lifetimes, for example sulphur hexafluoride has a lifetime of 3200 years. Methane has a relatively short lifetime of 12 years. These long lifetimes in the atmosphere mean that emissions today will have an impact on the climate for the rest of this century and, in the case of some gases, beyond. The long life of these gases is one of the reasons that action on reducing emissions is so vital to prevent long term climate change.

The lifetimes and GWP of some of the most important GHGs are presented in the table below.