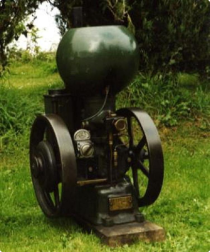 A Petter's 2-stroke Petrol-Paraffin Oil Engine. Many engines like this can be viewed at Stradbally Steam Rally.

A Petter's 2-stroke Petrol-Paraffin Oil Engine. Many engines like this can be viewed at Stradbally Steam Rally.

Excessive exposure to lead can damage the nervous system and can lead to seizures and mental retardation.  Even at low doses, lead exposure is associated with damage to the nervous system of foetuses and young children and can reduce their intelligence quotient (IQ).

The main source of ambient lead was, in the past, from vehicles fueled by petrol. Lead used to be added to petrol to prevent ‘engine knocking’ but this practice was phased out in the 1990s and this is reflected in the dramatic drop in levels measured in the environment.

The air quality standard for lead is 0.5 micrograms per cubic metre and all measurements made in Ireland in 2012 were less than one tenth of that limit.

The graph below shows the annual mean lead concentration in Dublin city centre and suburbs from 1988 – 2012 and shows that the levels are low and have declined from the late 1990s as the phase-out was completed. 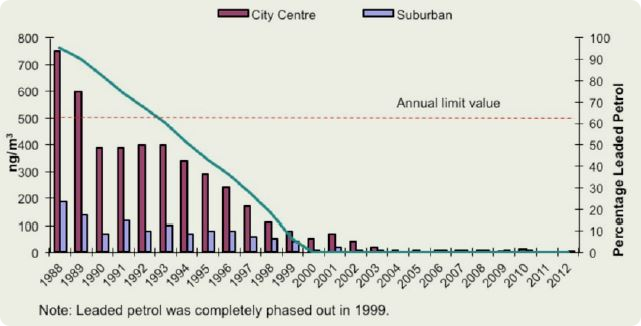