The European Holly that is native to Ireland is an evergreen tree. It is quite a small tree and doesn’t usually grow beyond one metre high, but is extremely important for birds and other wildlife in the winter.

Red berries of the Holly Tree

Red berries of the Holly Tree

The cluster of bright red berries of the holly tree are a great source of food for animals during the cold, frosty winters when the ground is too hard to search for food. Be careful not to eat any of these berries, as they are toxic and can make people very ill. The leaves of the holly tree also provide shelter for birds.

The holly tree produces a very hard, white wood. Did you know that it is used to make the white pieces for the game of chess? The black pieces are made from ebony. 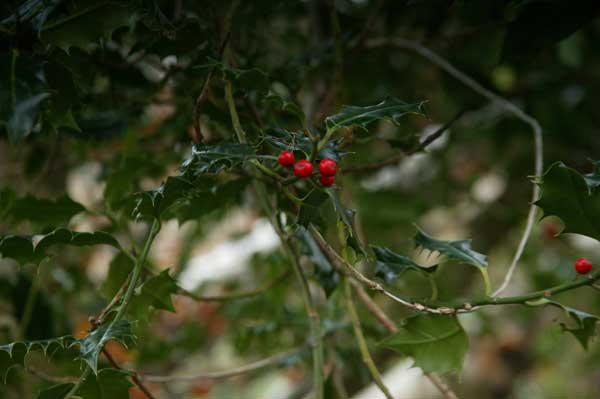 Can you think of any other way that people use holly? In western culture, holly is often used to decorate homes over Christmas. Have you ever made a holly wreath for your front door? Remember to be very careful of the prickly leaves!