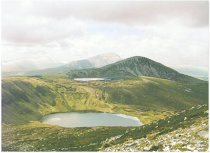 Adventure Sports have been best defined as 'Outdoor Sports or Activities in which the participant competes in a natural environment, more against him/herself than against others'. It is a handy definition that covers rock-climbing which is a sport with a serious element of risk, less risky sports (walking) which still have the same element of personal effort and sports such as orienteering where competition is against others but where the natural environment is an essential part of the equation. It also allows for the practice of an activity at any age and at any level.

With one exception, the adventure sports came late to Ireland. This is presumably because industrialisation also came late; farmers who spend the day herding sheep on the hill don't want to go climbing in their limited spare time, fishermen have had enough of rivers or the sea when they've pulled the boat ashore. So it is not surprising that there was little in the way of organised mountaineering, canoeing or caving until nearly the middle of the twentieth century. None the less, there were plenty of individuals walking the Irish hills, some Irish mountaineers in the Alps, intrepid canoeists and a few cave explorers. Mentioned above is an exception - sailing was a gentlemen's sport which has flourished since the first sailing club was founded in Cork in the late 18th century.

The first signs of organisation came in the thirties - walking/climbing groups appeared on both sides of the Border, and two names, J B Malone and Claude Wall appear, writing for the press and preparing guidebooks. Then in 1948, the first real club, the Irish Mountaineering Club appears, with all the appurtenances of a Constitution, Officers, a programme and a journal. It was followed by others, but there were hardly a dozen twenty years later. The reasons to form a formal body are probably, for hillwalking to set up a regular programme of walks, and for rock-climbers to prepare climbing guides.

Other sports followed. The first Canoeing Clubs was founded in 1959, followed very quickly by the national body, the Irish Canoe Union, in 1960. It was probably the competitive element in canoeing which produced the ICU - competitions need national organisation. Scuba Diving is an adventure sport in which safety regulations are vitally necessary and so the Irish Underwater Council was an early creation. The Speleological Union of Ireland was also quite soon in existence. 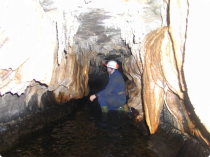 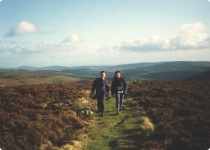 This was the situation in 1969, when the government offered grants to national sporting organisations. This sparked off the formation of the Association for Adventure Sports (AFAS), an umbrella body comprising Canoeists, Cavers, Divers, Mountaineers, Orienteers and Surfers.

These were all small bodies, total membership under five figures, and by bonding together they were able to get a better share of the cake than their numbers perhaps warranted. Other sports joined later - Archery, Windsurfing, Hang-gliding, Parachuting, Sailing and Skiing.

The prime functions of AFAS were training and safety. Outdoor Education had arrived from England - schools were sending out pupils, mostly onto the rivers or into the hills, in the care of teachers who had no proper training. AFAS set up leader qualifications in canoeing and hill-walking and handed them over to the relevant national bodies (mountaineers had formed a seven club Federation in 1969 to take advantage of the new government grants).

All through the last two decades of the 20th century the numbers involved in adventures sports increased. Dawson Stelfox's first Irish ascent of Everest provided a big boost and walking both on the open hills and on waymarked trails increased enormously. Clubs proliferated - the Mountaineering Council of Ireland has over 100 Clubs. This is probably only one-tenth of the numbers walking. 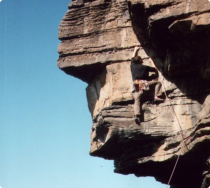 Other adventure sports also saw considerable increases in participants - (particularly canoeing, scuba and sailing) though not in all cases to the same degree as walking. All of them have grown to be large enough to stand alone, and AFAS has quietly faded away, though the National Centre it set up in 1972 in Tiglin in Co Wicklow is still flourishing. All the larger Adventure Sports now have paid staff, offices, and some have colourful magazines.

So in 2003 we see an active and vibrant adventure sports scene. The Celtic Tiger did put money into young peoples' pockets so they can afford to buy the gear and travel abroad to practise their sport. The National Governing Bodies all have international connections and widely recognised qualifications. The advent of cheap air travel has meant that it's nearly as easy to dive in the Mediterranean or rock-climb in Spain as it is to do it in Ireland!

The downside in Ireland is that increasing pressure on the countryside is causing some farmers and other landowners to close access to their land. They are worried by vandalism, liability, killer dogs, and beset by other difficulties, falling income, Special Areas of Conservation and other restrictions. (See Countryside Access).

If proper precautions are taken then the danger is low, but you are competing with nature, which is often unpredictable and a lot stronger than you.

You should of course always carry personal accident and public liability insurance suitable for your activities; this may be included in the membership fees of the National Governing Body involved.

Photograph of a man partaking in the adventure sport of rock climbing.

A photograph of two men caving in Fermanagh.

Photograph of the members of the Tralee Mountaineering Club

Author of the Adventure Sports in Ireland section 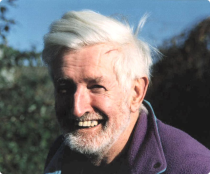 Dr. Joss Lynam (1924-2011), author of the Adventure Sports in Ireland section, was a civil engineer by profession, who worked on projects in Britain and India as well as in Ireland. Dr Lynam is better known however for his life-long involvement in Adventure Sports. He was a founder member of the IMC, the first mountaineering club in Ireland in 1948. Returning in the sixties from working abroad, he was also a founder and the first Hon. Secretary of the Association for Adventure Sports in 1969. Concentrating on mountaineering, he was on fourteen expeditions to the Himalayas and many other great ranges, and was the founder and editor of the magazine Irish Mountain Log for 14 years. Dr. Lynam was particularly well-known for the walking guidebooks in Ireland. In 2001, Dublin University recognised his work for mountain and hill sports in Ireland with an Honorary Doctorate in Law.