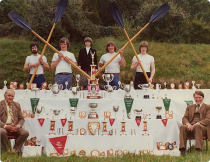 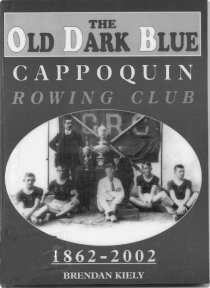 Cappoquin's oldest sporting and social organisation, a club with an illustrious history and proud tradition, was founded in 1862 by James M. Moore and John Stanley, assisted by Sir John H. Keane who became the first president of the rowing club. His presidency was invested with significant rowing pedigree as he had captained the Trinity Boat at Cambridge three decades previously and rowed for Cambridge in 1936 when they defeated Oxford.

In the early years, storing space for the boats was improvised as no formal clubhouse existed. However, in 1875, assisted by tradesmen engaged in the construction of the railway line, the first clubhouse was erected. The present clubhouse dates from 1910, and was substantially financed by Mrs. H.C. Villiers-Stuart.

Two books about the club have been published, each recounting its successes and profiling the personalities as well as key rowing and social events witnessed through the decades. The first, entitled 'Memories of one hundred years of rowing by Cappoquin oarsmen: a souvenir in words and pictures of our century' was edited by Tom Tobin in 1962. The second, published in 2002, is called The old dark blue: Cappoquin rowing club 1862-2002.'


Compiled and edited by Brendan Kiely, it incorporates sections of the 1962 pubication while tracing the notable names and successes of the club in the past forty years.

Next - Roll of Honour