Lough Gara is a small lake that lies to the south west of the Curlew Mountains in south Co. Sligo. While part of the lake reaches across the border into Co. Roscommon, it is mostly confined to Co. Sligo. The River Boyle, which flows through Co. Roscommon, has its source in Lough Gara. 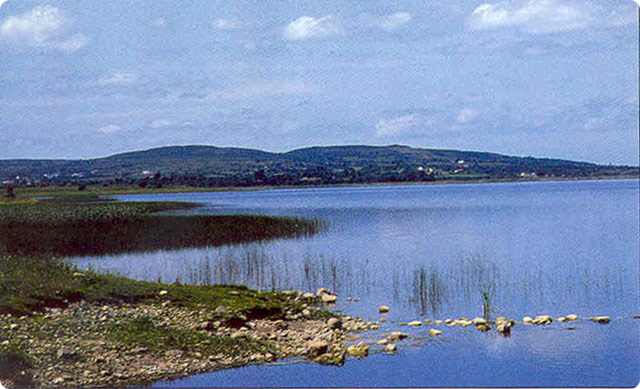 There are two sections to the lake, a larger upper basin and a smaller lower basin, which are connected by a small channel. The smaller of the two areas is dominated by swamps and there is a considerable raised bog habitat surrounding the southern lakeshore.

Originally known as Lough Techet in ancient Ireland, Lough Gara obtained its present name during the O’Gara family ownership of the surrounding lands from the 13th to the 17th century. According to legend, the golden gates of Moygara Castle are hidden within the lake.

Lough Gara also has a small number of islands. Many are crannogs, or man-made islands, some of which are estimated to be over 2,000 years old*.

*From the article “Iron Age Crannogs in Lough Gara” by Christina Fredengran, published in Archaeology Ireland (Volume 14 No.2, Issue No.52 Summer 2000).