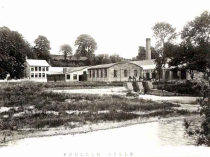 St. John's Parish has a long association with various kinds of milling located on the River Nore and its tributaries. Traditionally this is associated with the arrival of the Normans in Kilkenny. After 1170 many Flemings from Flanders in present day Belgium settled in the City. It is believed that it was they that engineered and built the many mill streams and races that characterised the area. The Flemings lived in the area of Archersfield. In 1400 it is recorded that the Earl of Ormonde had three mills in this area, these were known as the Castle Mills.

The second association was with the Augustinian Order who had a foundation at St. John's Priory in John Street. The Augustinians are associated with the introduction of vertical mill wheels into Ireland. Many of the mill races ran through lands owned by the Priory. 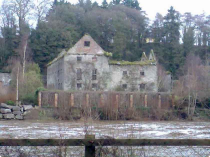 Ruins of the Ormonde Woollen Mills on the River Nore, Kilkenny

Ruins of the Ormonde Woollen Mills on the River Nore, Kilkenny

In 1925, the mills were bought by McLoughlins of Donegal and became known as Ormonde Woollen Mills. They became synonymous with high quality blankets. In 1969, the Mills and all their stock were destroyed in a large fire. The ruins of the mills are all that know remain along the river. In recent years major changes have occurred in this area of the river as part of the Kilkenny Flood Relief scheme.