Projecting climate change is a complex and ever-evolving science.

The output of Global Climate Models (GCMs) used to generate projections have a horizontal resolution of between 250 and 600 km. This scale is too coarse for assessing the impact of climate change at a local level. In the diagram below (which gives an indication of the scale and complexity at which GCMs operate), Ireland is represented by just two grid squares. 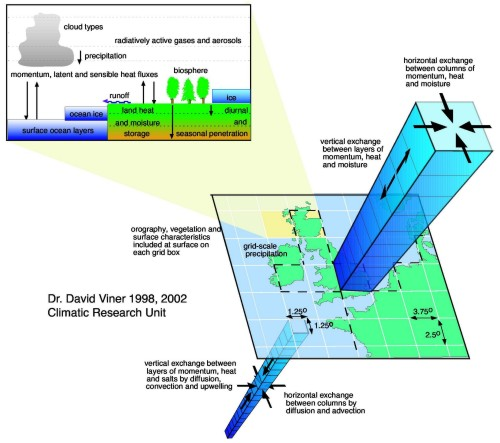