The impact of climate change is not restricted to people - it is the single biggest threat to wildlife today. Extreme weather changes are affecting the habitats of plants and animals. While animals can usually adapt well to a changing environment, the speed at which climate change is occuring does not allow many animals enough time to adapt. Consequently, animal populations and distribution will be affected. This, in turn, will impact on the whole ecosystem. Scientists have found that we are already in the throes of a 6th Mass Extinction (Earth.org, 2020). 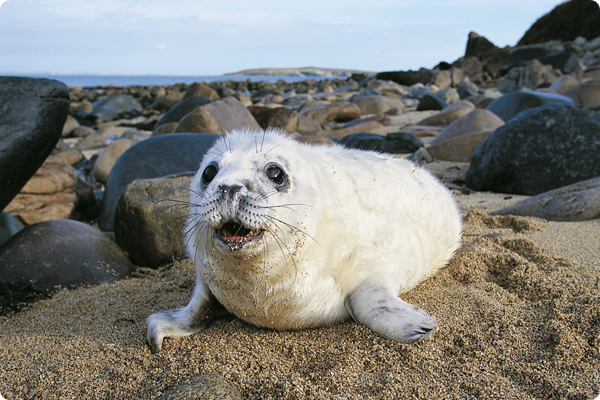 Birds: Many birds are already adapting to climate change by altering their migration patterns to earlier or later in the year, in order to find suitable habitats. According to A Climatic Atlas of European Birds, the average European bird species will move 550km further north-east, and its size will be reduced by almost one fifth by the end of this century. In spring, some birds – like the American Robin – are appearing in the northern portion of their ranges earlier in the season, or extending their ranges into places where they have not been seen before.

Arctic Animals: One species that has been drastically affected by climate change is the polar bear. These bears rely on drifting ice to hunt for seals, but as global temperatures rise, ice cover is melting at a high rate. The loss of ice directly impacts on polar bears' ability to feed. The result is that since the mid 1980s, the polar bear population has dropped by 40% and they are now considered a threatened species. Other animals, such as penguins and seals, will also be affected by the loss of ice cover.

Sealife: Plankton is another species that is already showing signs of change due to global warming. Researchers in the UK have discovered that warmer water plankton have migrated north by about 1000km, and there has been a decline in cold water plankton. Plankton is at the very start of the food chain, so any change to it will have a knock on effect on many other species of fish, as well as the seabirds that feed on fish.

Amphibians and reptiles: It is widely believed that the golden toad of the Monteverde region in Costa Rica is one of the victims of climate change. Rising temperatures have been blamed for the demise of this frog, which has been extinct since 1990. It is not only this frog that has suffered, but the entire amphibian population of Monteverde. Reptiles have also felt the impact of climate change, and the small forest lizards 'anoles' have become extinct. The mountainous area of Costa Rica were frequently mist-clad, but now the clouds form at a higher altitude and daytime temperatures have risen. Researchers believe that such changes in climate may have caused an outbreak of fungal disease, which attacks the moist skin of frogs and other amphibians. 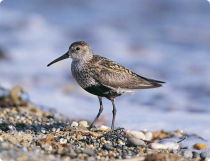 Birds: The study of bird migratory patterns is very useful in looking for evidence of climate change. Birds are already changing migration habits and routes to adjust to warmer winters, disappearing feeding grounds and shrinking wetlands. For example, the last migratory bird to arrive in Ireland for the breeding season is usually the swift, and it's also usually the first to leave. However, the swift can still be seen along the south coast of Ireland in August! According to scientific research, 84% of 235 species of migratory birds studied could be affected by water shortages, unsuitable food supplies and extreme weather conditions.

In Ireland, global warming has led to a decline in a number of native species of birds. Amongst those affected are the Dunlin and the Common Scoter. According to A Climate Atlas of European Breeding Birds, climate change over the course of this century may result in Ireland losing other birds such as the Long-eared Owl, Red Grouse, and the Curlew. It is predicted that different species, such as the white stork, may arrive in Ireland and become more commonplace. The Little Egret has only arrived in Ireland in recent years.

Sealife: Ongoing studies carried out by teams of scientists in Galway, Mayo and Maynooth suggest that long term changes in the temperature and salt content of our regional seas, brought about by climate change, may force species such as cod, salmon and eels into deeper, colder waters and replace them with warm water species such as sea bass and boarfish.

Climate change, with anticipated winter flooding and summer droughts, could have devastating effects on salmon and trout stocks in Irish rivers as spawning grounds could be damaged. Another concern for the salmon and trout angling industry is the arrival of the Chinese Mitten Crabs in recent years. This is due to rising water temperatures. Chinese Mitten Crabs eat fish eggs and juvenile fish, which can significantly reduce fish stocks in Irish rivers. As Ireland is famous for salmon and trout fishing, this species could have serious economic impacts for the angling industry. There is also concern that the species may impact on the native and endangered White Clawed Crayfish as well as fish species such as the protected Twaite Shad.

The rate of species loss has led researchers to warn that a sixth mass extinction is underway, this process will be exacerbated by climate change. Ireland has recently published a Biodiversity Sectoral Climate Change Apdaptation Plan in an attempt to protect biodiversity from the impacts of climate change and to conserve and manage ecosystems so that they deliver services that increase the adaptive capacity of people and biodiversity (the Department of Culture, Heritage and the Gaeltacht, 2019)