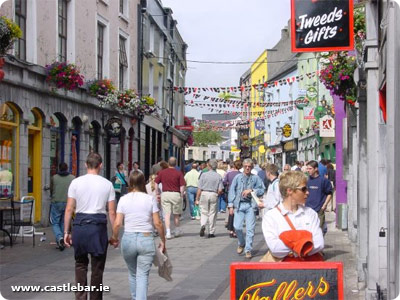 Galway City is located in the south of the county and boasts some fantastic natural environments through parklands and waterways.

Galway was built up along the banks of the River Corrib and has an extensive waterway system. The Eglinton Canal acted as a major transport route for both goods and people when it was first opened in 1852. Although use of the waterways of the city declined in the mid 20th century, today they are a haven for a wonderful variety of wildlife.

Lower aquatic plants such as Algae, Mosses, Duckweed, Reeds, Sedges, as well as waterside plants of Willow, Alder and Fuschia are all part of the eco-system of the waterways’ surroundings. Crayfish, shrimps, trout, eels and mullet are examples of life in the waterways. A number of birds also inhabit the water areas. Moorhens, Mute Swans, Grey herons and Mallard Ducks are all part of the landscape.